Pipeline Builder now supports a Merge Pipeline workflow that compares and combines two Pipelines. You can create a new merge draft from the menu on any Pipeline in the Pipeline Manager.

If you navigate away from a partially completed merge, you can return to it on the Merges tab.

The merge first creates a draft where you can inspect and validate the merge contents before finishing the operation. Finishing a merge creates a new Pipeline draft that you can then deploy.

The merge produces the comparison based on automatically detecting the two Pipelines’ most recent common ancestor (i.e., a Pipeline they were both copied from in the past). The comparison is displayed as a series of color-coded operators in Graph Mode. If no common ancestor exists (i.e., the Pipelines are brand new or imported), the merge runs the comparison and shows every operator as either added, deleted, or changed. 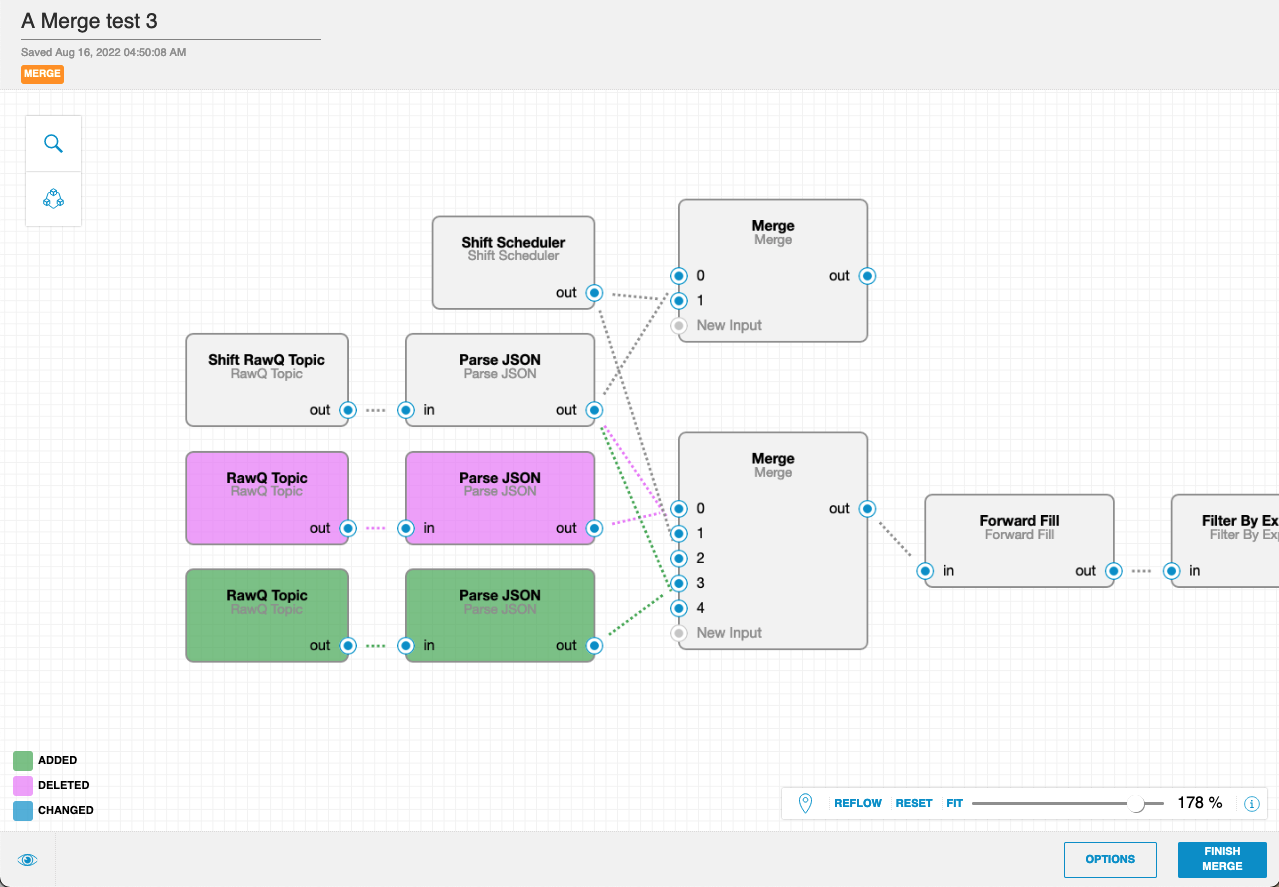 You can also inspect individual operators and compare and edit their configurations. 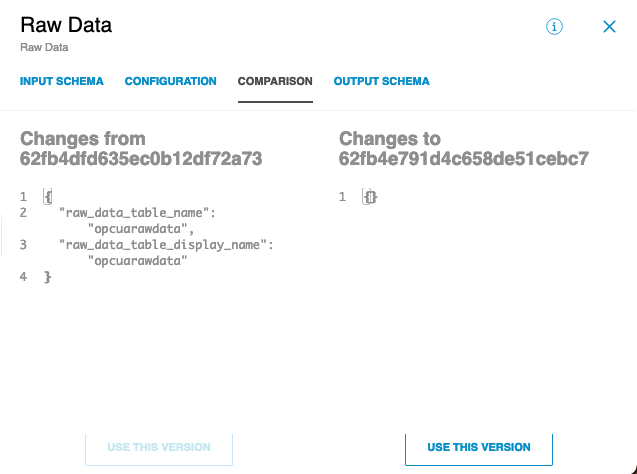 In addition, some existing scripts and workflows may involve the copying and pasting of full JSON Pipeline representations into the JSON editor on the Sight Machine platform. If you are using such a script or workflow, be aware that the software currently allows you to paste in a legacy-format Pipeline with no validation errors, and even allows you to deploy that Pipeline. However, the DAG editor does not know how to handle the legacy format, and the Pipeline that you pasted into the JSON editor will not be displayed on either the Draft or Deployed graph editors.

IMPORTANT: In order for these Pipelines to be visible in the DAG, you must transform your Pipeline to the new format.

The Operator Co-Pilot application now provides status visibility, including information on changes to Levers, Conditions, and Assets that are used in Recipes.

Operators can now receive Cookbook recommendations, even if one or more Levers, Outcomes, or Conditions are no longer available in the platform. In case a Data Field that is associated with a Product or all Levers in the Recipe are no longer available, the Co-Pilot results in an error message that requires you to update or create a new Cookbook.