Pipeline Manager has been renamed to Workspaces.

Previously, the only artifacts that were editable in Pipeline Manager were a pipeline and, optionally, a pipeline extension that contained custom operators.

In upcoming releases, you can also configure new artifacts here, and a Workspace will contain one instance of each of these artifacts. The rebranding is the first step in preparation for these upcoming releases.

A number of changes have been made to the Workspaces. 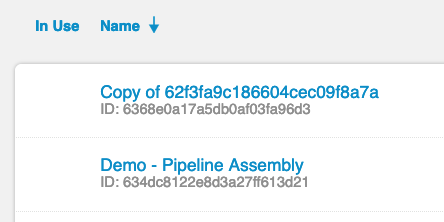 This release includes a new set of status badges on Pipelines that improve visibility into the workflow, especially when multiple users are collaborating on one environment.

You can change the Workspaces status by clicking it. The available statuses are shown below: 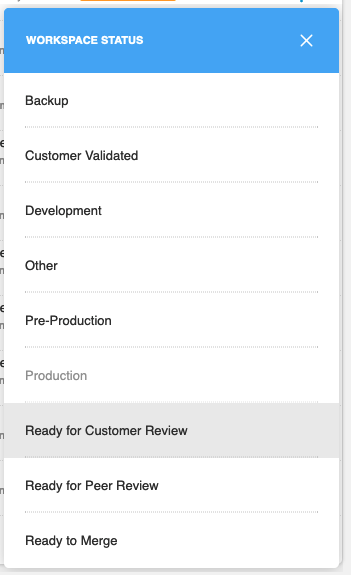 If you select Production as the status, you are prompted with the same confirmation dialogue box that you see when you select Set Production in the menu. As before, if the Pipeline draft has never been deployed, you cannot set it to Production.

When copying a Workspace, you are now prompted to rename the copy and select a status. The Workspace status is set to Development by default. 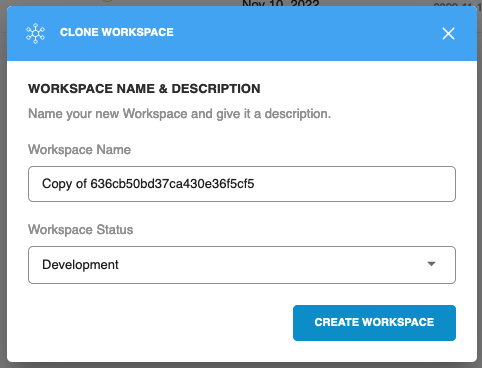 You can now download Pipelines from the platform as JSON files. This Download option is available in the Actions menu on each Workspace.

In an upcoming release, an Upload option will be added as well.

The buttons at the upper-right of the Workspaces page have been consolidated into an Actions menu. The previous Import from Git option has been renamed to Restore from Backup.

In an upcoming release, configurations will be backed up automatically when you set them to Production. 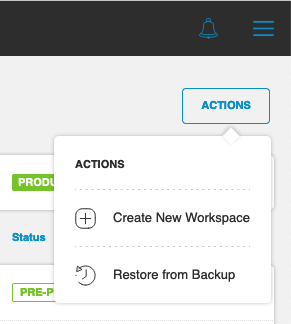